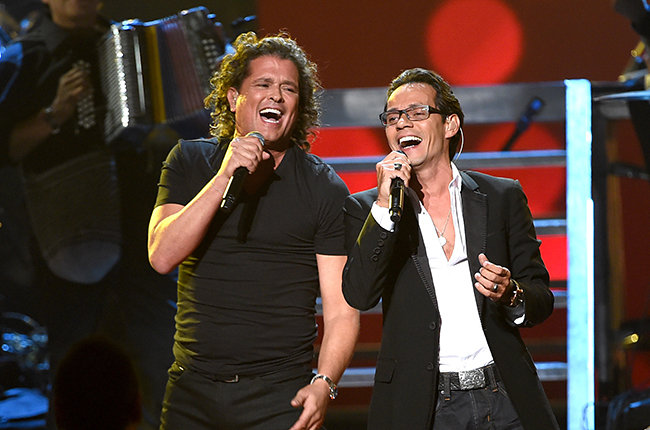 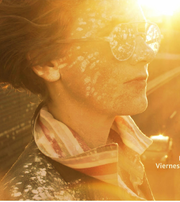 Villa Victoria Center for the Arts

Better known in the musical world as MIMA, Yarimir Cabán is a Puerto Rican singer, song-writer and poet. Inspired by traditional folk rhythms, she explores new sounds and textures both live and in the studio, giving her music a DIY spin. MIMA cruises through Neo-Caribbean sounds, Afroamerican soul and psychedelia, achieving a “poetic synthesis of Caribbean rhythms” that never goes unnoticed. Her fusion of magical storytelling and musical knowledge give birth to a unique narrative, often paying tribute to death through her personification of “lamentos” and “aguinaldos”.

Separately, they are two of Latin Music's biggest names. Together they're unstoppable! Celebrated crooners Marc Anthony & Carlos Vives are heading out on a joint tour this year after a successful collaboration on the 2014 hit single Cuando Nos Volvamos a Encontrar, meaning Until We Meet Again. Catch this veritable dream team on the UNIDO2 tour at TD Garden in Boston, MA, showing for one date only.

With a wild, powerful, and unbridled sound, Cimarrón lives up to the meaning of its name, untamed. The Grammy-nominated Colombian ensemble creates a fiery kind of music calledmúsica llanera and the fast-paced, triple-meter dance music joropo, played on harp, bandola, and cuatro and accompanied by bass, cajón, and maracas. The seven-piece all-star team of instrumentalists and singers, led by harpist and composer Carlos Rojas, astonishes audiences with its melodic and rhythmic virtuosity, percussive drive, and sabor Colombiano, Colombian flavor.

Orquesta Buena Vista Social Club bids adios with a farewell world tour. The group, which has been touring the globe in various forms and combinations since 1997, grew out of the release of the Grammy-winning best-selling album Buena Vista Social Club™, and its lineup continues to include a number of the original artists featured in the landmark recording and film, including bandleader and trombonist Jesús "Aguaje" Ramos, the incomparable veteran diva Omara Portuondo, trumpeter Guajiro Mirabal, laúd virtuoso Barbarito Torres, and vocalist and guitarist Eliades Ochoa. They will be accompanied by some of those who have joined the journey along the way as well as a younger generation of Cuban musicians. Special support guests Andrea Motis & Joan Chamorro will open the show.

Founded and directed by dancer-choreographer Lizt Alfonso, Havana-based Dance Cuba features 25 beautiful and technically superb dancers and live musicians, capturing the heart and soul of Cuba with music and dance from the '50s to today. The award-winning company performs the Boston premiere of Cuba Vibra, a riveting, highly sensual display of Afro-Cuban dance, including the cha-cha-cha, mambo, rumba, conga, bolero, and more.

Winner of five Grammy and three Latin Grammy awards, the Cuban pianist, composer and arranger Chucho Valdés is the most influential figure in modern Afro-Cuban jazz. Irakere is the small, Cuban-style big band that he founded 40 years ago, still going strong with an explosive mix of jazz, rock, classical, Afro-Cuban and traditional Cuban music.

“A pianist of imperial command, possessed of a dazzling, deceptively casual virtuosity.” —The New York Times.

THIS IS TANGO NOW

Formed by renowned, Tony-winning tango artists Fernanda Ghi and Guillermo Merlo and musician Alfredo Minetti, This Is Tango Now represents a unique approach to tango, reflecting an unconditional passion for the art form. Featuring a stellar company of 12 dancers and musicians performing the world premiere of Carmen . . . de Buenos Aires, this breathtaking new production of Carmen blends tango and flamenco with an original score based on Bizet's beloved melodies.

Pianist Danilo Perez, bassist John Patitucci and drummer Brian Blade are three jazz masters of their era—each a powerful leader in his own right—who came together under the leadership of tenor saxophone titan Wayne Shorter and have now launched themselves skyward as an all-star trio. Joey Alexander is a 12 year old jazz pianist from Bali with an impeccable sense of swing and a gift for improvising. You will not soon forget this incredible young phenomenon.